Siobhan McBride works primarily in gouache on paper to render places and scenes that are imbued with incongruities, memories, and psychological tension. McBride comments that the depicted scenes, “are tense with anticipation, or blushing in the aftermath of an unseen event.” They are “descriptions of awkward experiences, passages from books and film fragments, things caught in the corner of my eye, and an attempt to conjure slippery memories.”  McBride creates works that are steeped in mystery–images that hover between the humorous and the eerie. Bold light amplifies an array of realistically rendered objects and environments, and in doing so accentuates the unsettling nature of things obscured within shadows. When viewed from a distance McBride’s constructed images crystalize, but while up-close the surface is a complex abstract accumulation of colored shapes. Siobhan McBride received her MFA in Painting from the University of Pennsylvania. 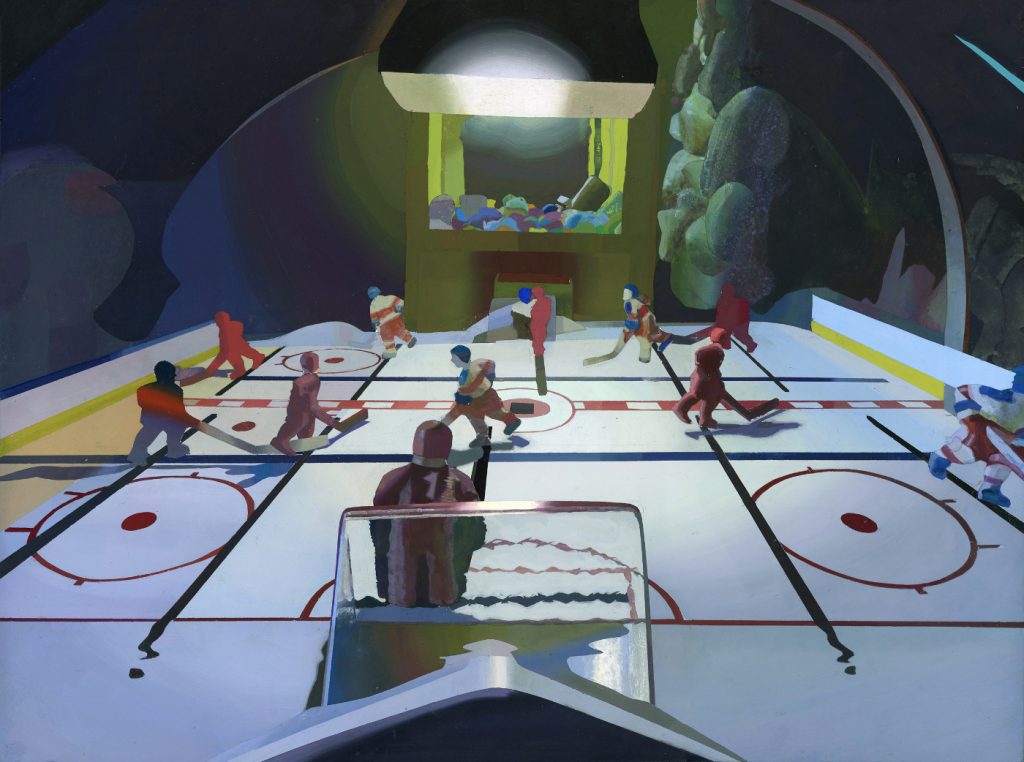