Jared Cowan: The Life of David

In The Life of David, Maine-based sculptor, video and installation artist Jared Cowan presents a new series of works that explore the monumental events in the life of Emilio David Mazzeo (1920-1997). In 1948 Mazzeo, a marathon cross-country runner, was the fourth American to cross the finish line of the Boston Marathon and a member of the United States Olympic Team at the Summer Olympic Games in London. The cast bronze works, video components and interactive construction in this exhibition are inspired by the oral retelling of Mazzeo’s life through family and friends. Later in life, Mazzeo experienced a catastrophic loss of his legs. This life altering event is reflected in the bronze forms the artist has cast from the actual prosthetic legs of his subject. Through these glimpses of Emilio David Mazzeo’s life story, Cowan conveys a message of perseverance over tragedy. The artist suggests that the “folkloric acquisition of materials speaks to the legend building that occurs while passing on information, and marks an end point in the thematic gradient that spans past and present works.” Jared Cowan received his Bachelor of Arts in Studio Art in 2001 from the University of Maine. 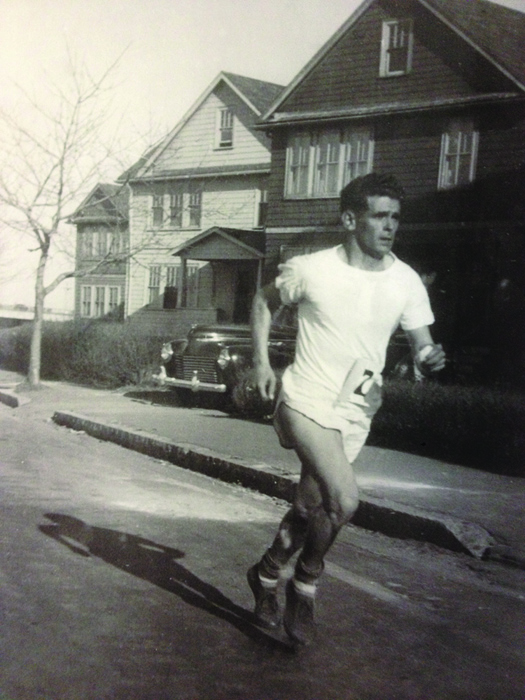