George Tice began photographing urban and suburban New Jersey in 1967, creating a body of work that developed into one of the most influential photographic documentations of place in late twentieth-century America. George Tice’s photographs of New Jersey are gloriously specific in their local references, while commenting more broadly on the postindustrial landscape. Seen together, the work comprises a complex portrait of the urban and suburban landscapes of his home state, forming a meditation upon American life through views of diners, luncheonettes, movie theaters, shoe repair shops, vacant lots, beaches, housing developments, train lines, water towers, gas stations, and telephone booths. These artifacts are often outmoded or in disrepair, reflecting our attitudes toward a collective past. Often devoid of human figures, these landscapes are dense with human associations and implied human presence. In these photographs, Tice uses a classic documentary style, the intense detail of large format camera photography, and a magisterial photographic printing technique. His sensitivity to people and places that are often overlooked illuminates quotidian experience with reverence, interest, irony, and humor in equal proportions. The exhibition spans Tice’s photographic career, continuing the series that he first presented in the now-classic book Urban Landscapes of 1975. A new edition of Urban Landscapes, co-published by the International Center of Photography and W.W. Norton, will accompany the exhibition. Like the exhibition, the new book will include classic images from the original 1975 publication as well as new photographs—the most recent taken in 1999. Tice’s continued commitment to the “Urban Landscapes” series marks a vital creative endeavor, and this body of work lies at the heart of his entire career in photography. By returning to the source of his inspiration, the artist has reinvigorated his vision of place, and expanded the original project.

George Tice teaches photography and is a widely respected printer of the medium. His photographs are included in the collections of the Museum of Modern Art and the Metropolitan Museum of Art, among others. He is the author of twelve books, including George Tice: Selected Photographs, 1953-1999; Fields of Peace: A Pennsylvania German Album; and Paterson. He is the recipient of fellowships from the Guggenheim Foundation, the National Endowment for the Arts, and the New Jersey State Council on the Arts.

George Tice: Urban Landscapes is made possible with support from the Geraldine R. Dodge Foundation, Morristown, New Jersey; the ICP Exhibitions Committee; and the National Endowment for the Arts, a federal agency. 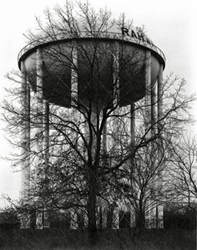 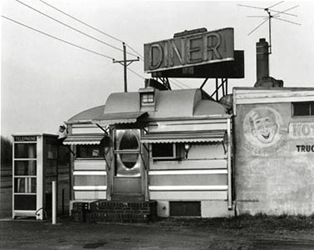